THE VILLAGE AT GRIESBACH

Village at Griesbach is getting ready to grow. Again! The urban village in the heart of north Edmonton has entered its final redevelopment phase. We’re proud of Griesbach’s award-winning status as one of Edmonton’s most desirable communities.

Now, we’re setting the stage for yet another dynamic and diverse residential development – The Northeast Corner. Before we grow, we need to hear from the people who have been—and will become—the inspiration for this community’s next generation.

Village at Griesbach is evolving into an urban community that people of any age and from every place can comfortably call home. The Northeast Corner is preparing to take on the possibilities—and the responsibilities—of being a thriving urban village well into the 21st century.

The Northeast Corner is a rare opportunity to build on the footprint of a neighbourhood that has held pride of place in the heart of Edmonton since the 1950s. Our particular corner is 63 hectares (155 acres) within the award-winning, redeveloped Village at Griesbach. Built along Griesbach’s iconic tree-lined streets, The Northeast Corner will blend old and new, connecting its past with the future by: 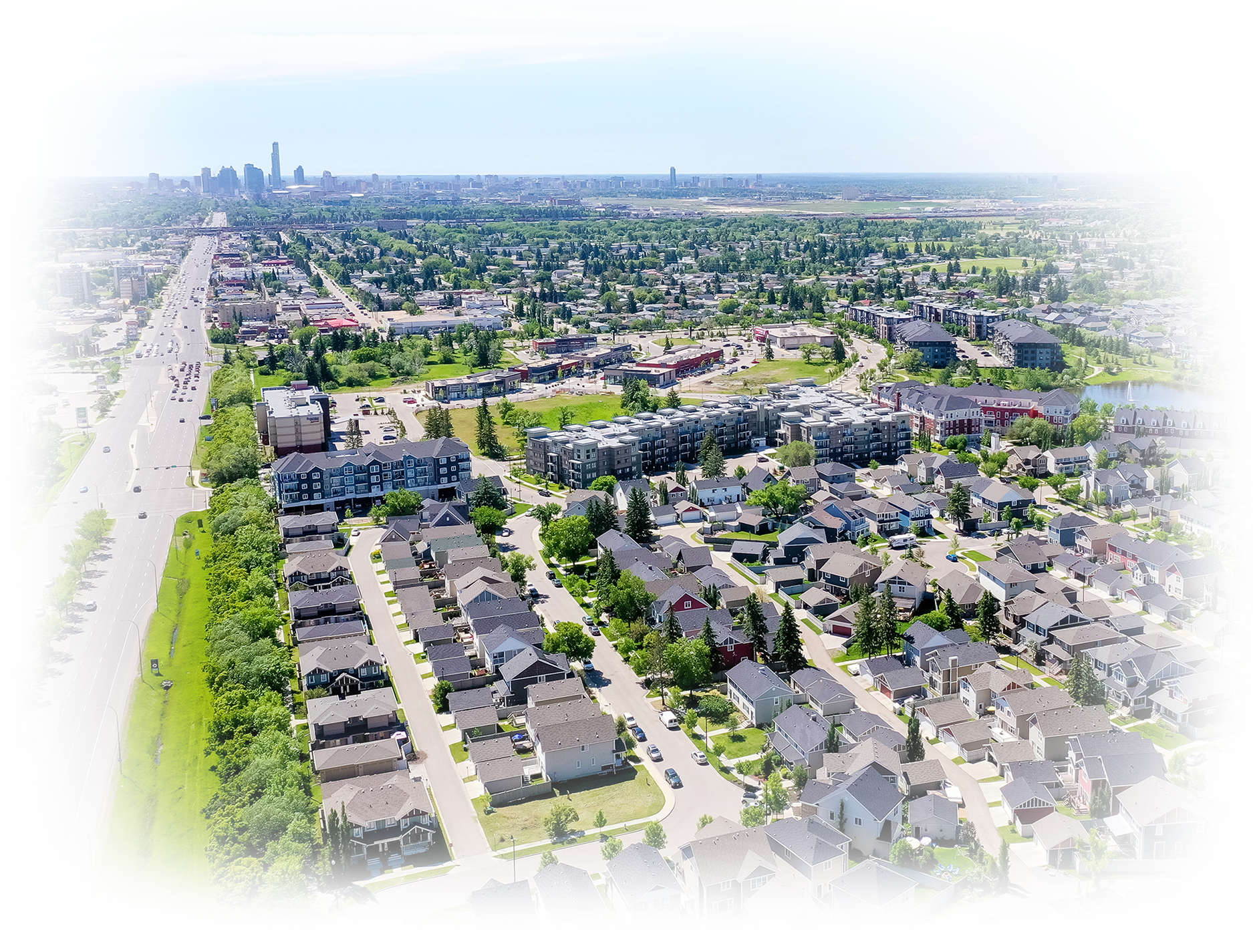 + Inspiring a fresh mix of housing types and styles, parks and open spaces, community and amenities
+ Designing a sustainable, innovative neighbourhood that will thrive for generations to come
+ Combining the safety and security of a village with the amenities and accessibility of urban living
+ Complementing the area’s mature landscapes with ageless architectural styles
+ Honouring the area’s connection to Canada’s military history and the ancestors who have called this land home

The heart of north Edmonton

Our compass is set just north of Edmonton’s downtown core. Here, Village at Griesbach has grown up among well-established residential communities. Our Edmonton neighbours include Castledowns, Dickinsfield, Rosslyn and Carlisle.

As a former Canadian Forces base, Griesbach has played a valued part in Edmonton’s role as a staging ground for military service. The people who lived on the base served in northern and western Canada and around the world. They arrived here from across Canada and made Edmonton their home.

Our home is on traditional land within Treaty 6 Territory. We honour the Indigenous peoples—Cree, Dené, Saulteaux, Nakota Sioux and Blackfoot. We acknowledge this territory as Métis homeland and the home of the Inuit.

As we have been welcomed, our city is a welcoming place for people who come from around the world to share Edmonton as home. Together, we rely on diverse and shared traditions to build a great city for current and future generations. 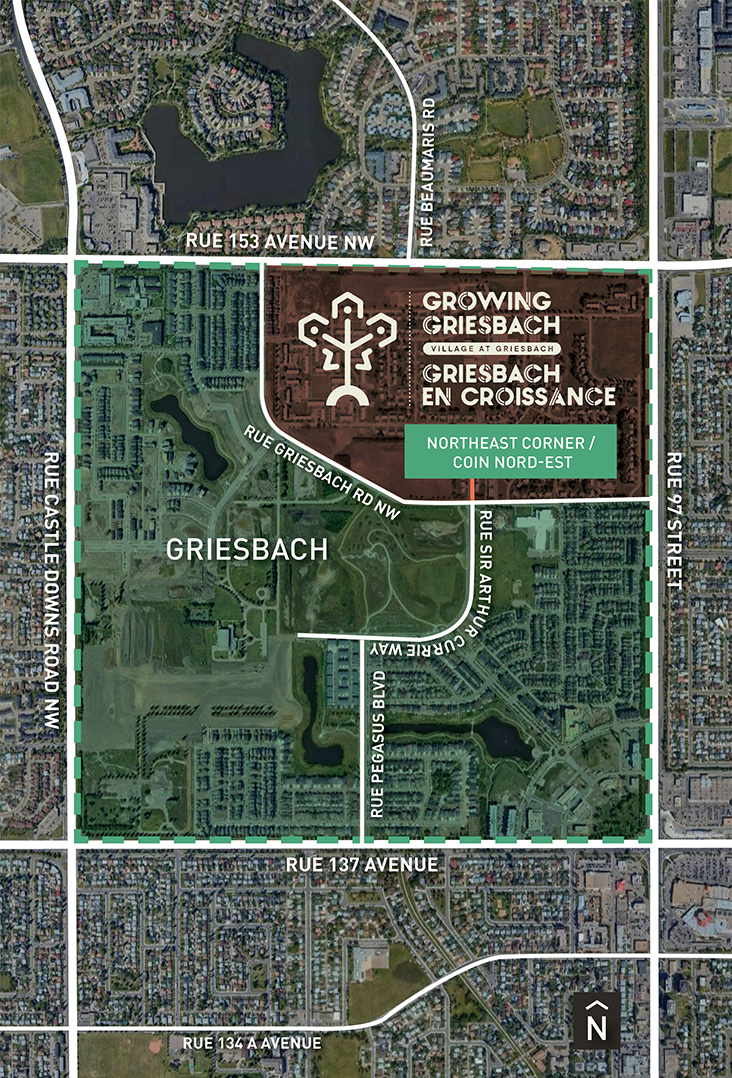 HOW WE PLAN ON GROWING

Our first inspiration for The Northeast Corner’s fresh start comes from the natural landscapes and familiar pathways that give any mature neighbourhood its character.

Wide open spaces, tree-lined streets and well-established neighbouring communities have us thinking about how to introduce:

Starting in 2022, we’re laying the groundwork for a transition from classic, well-used Residential Housing Units (RHUs) built in the 1950s to fresh spaces designed for new ways of living and working together.

Canada Lands’ design team plans to have conversations that range from first homes to neighbourhood shops, from long walks to short commutes and beyond. Conversations of the listening, learning and thinking kind.

The frequently asked questions of public engagement can yield the most surprising and reasonable solutions to the challenges of developing The Northeast Corner.

Join our mailing list for the latest updates, upcoming engagement events, and for opportunities to get involved.

Please enter your information to the right, click submit, and check your inbox for a confirmation email.